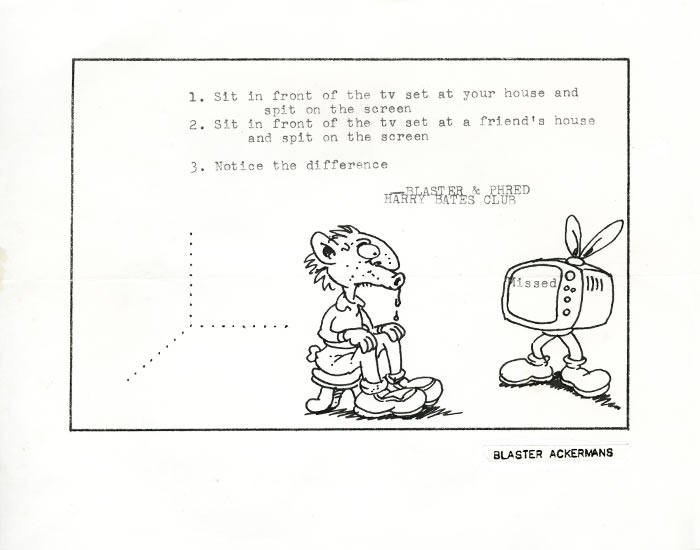 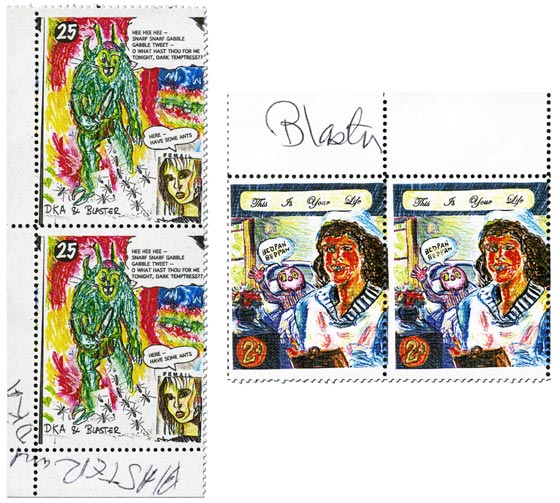 "Blaster" Al Ackerman, Together At Once

"Blaster" Al Ackerman, 1939-2013, was a truly great writer, cartoonist, mail artist, trickster, philosopher. We began corresponding in the fall of 1980. Shortly thereafter, I rc'vd an anonymous & un-post-marked post-card with a drawing on it of a character named "bat duck". Curious about who sent it, I found an address for someone in California next to the same image in a festival catalog. I wrote to this person asking if they'd sent the post-card. They disclaimed knowledge of it. My letters were highly eccentric & their recipient became increasingly hostile & condescending to these eccentricities. Finding this conflict to be typical of 'normal' vs imaginative, I put together a small publication made from the correspondence & sent it out to mail artists. "Blaster" Al got into the spirit of the thing & mailed "Kem" a letter that careened off into fields of subtle abnormality rarely plowed. I then published this letter & other relevant material in a "Spicy Addenda" in 1982. This movie is my reading of the letter at a memorial event for Blaster in BalTimOre on June 28, 2013 combined with a previous reading of it for an animated slide show of sorts made from all the Blaster items in my archive. This animated movie, entitled "This Will Explain", was screened the same night. The images livening up this quasi-document of my reading are from the movie. "Blaster" Al Ackerman is dead! Long live "Blaster" Al! - July 4, 2013 notes from tENTATIVELY, a cONVENIENCE