Art Telecommunication Projects in the 80s

ARTISTS' USE OF TELECOMMUNICATIONS CONFERENCE - 1980

The conference at the San Francisco Museum of Modern Art included an intercontinental SlowScan TV and Computer Communications project organised by Bill Bartlett. On February 16, 1980, artists in 9 cities in Canada, U.S.A., Japan and Austria exchanged ideas and images for 2 hours over telephone lines using IPSA (the IPSharp Computer Timesharing Network) for text and Robot 530 Slow Scan Transceivers for images.

Artists and groups in Vienna, Frankfurt, Amsterdam, Bath, Wellfleet, Pittsburgh, Toronto, San Francisco, Vancouver, Honolulu, Tokyo, Sydney, Istanbul and Athens participated using any or all of Slow-scan TV, Fax, Computer Mailbox or telephone sound. Each location was called from Linz at 12:00 local time - so the project ran from l 2:00 noon Central European Time on Sept.27 and followed the midday sun around the world, ending at 12:00 noon on Sept.28.

A Slow-scan TV and Telephone Music project between Vancouver (Western Front) and Vienna (Blix). Sound and Image were carried simultaneously on 2 phone lines for about 3 hours - as a kind of low-tech interactive TV program. The project also included a Telephone Music event between Vienna, Berlin (Aufbau/Abbau) and Warsaw (Dzienka), parts of which were retransmitted to Vancouver. 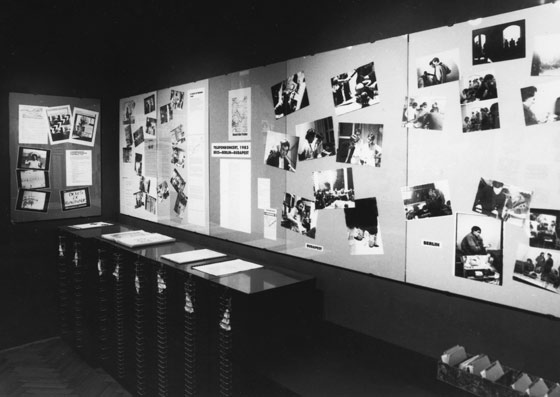 Budapest-Vienna-Berlin telephone concert organised together with Robert Adrian X. and Helmut Mark from Vienna. The sites were the Studio of Österreichische Kultur-Service in Vienna, the Galerie Auf und Abbau in Berlin and Artpool in Budapest. In the program each city transmitted a one-hour long partly live concert, in the 4th hour a common concert of the musicians and the public in Budapest and Berlin was transmitted. The audio cassette no. 3 of Radio Artpool documents the event. 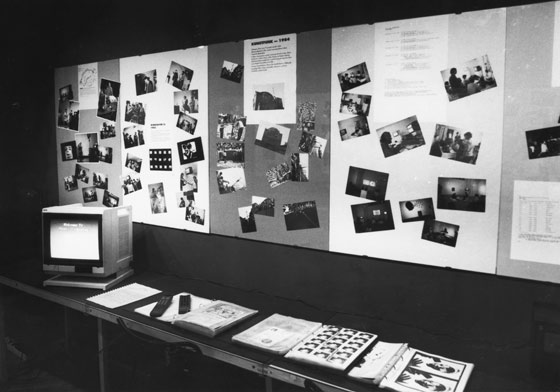 A computer network (Artex/IPSharp) project by Norman White, Toronto, in which a text ("The Message" by Robert Zend*) travelled around the world in 24 hours - November 11-12 1985. The route of the message was - Toronto, Des Moines, Sydney, Tokyo, Vienna, Newport, Pittsburgh, Chicago, Toronto. Each location received the message in one language, translated it to another and transmitted it to the next location. The languages were: English - Spanish - Italian - Japanese - German - Welsh - Hungarian.

* Robert Zend was born in Hungary and died in Canada a few months before the Hearsay project. The text was written in 1978 and dedicated to Marshal McLuhan. HEARSAY was organised by Norman White as a tribute to Robert Zend.